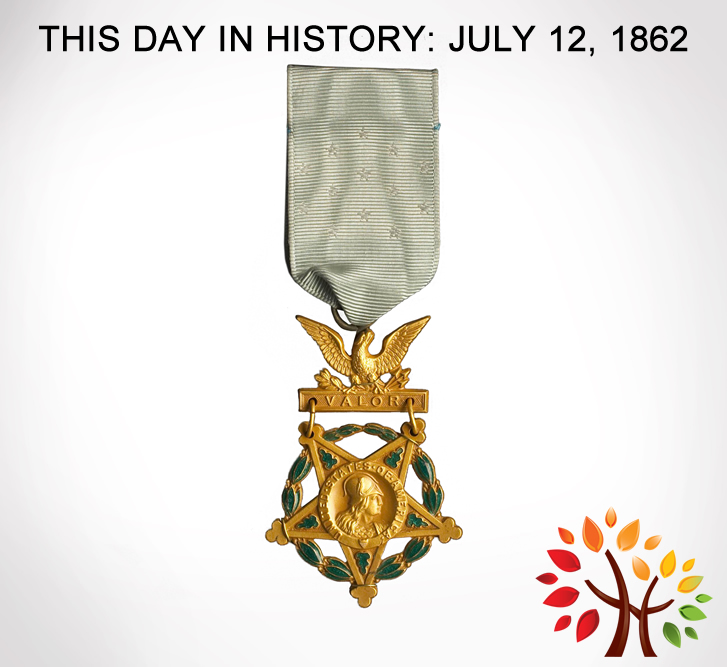 President Abraham Lincoln signs into law a measure calling for the awarding of a U.S. Army Medal of Honor, in the name of Congress, “to such noncommissioned officers and privates as shall most distinguish themselves by their gallantry in action, and other soldier-like qualities during the present insurrection.” The previous December, Lincoln had approved a provision creating a U.S. Navy Medal of Valor, which was the basis of the Army Medal of Honor created by Congress in July 1862. The first U.S. Army soldiers to receive what would become the nation’s highest military honor were six members of a Union raiding party who in 1862 penetrated deep into Confederate territory to destroy bridges and railroad tracks between Chattanooga, Tennessee, and Atlanta, Georgia.

In 1863, the Medal of Honor was made a permanent military decoration available to all members, including commissioned officers, of the U.S. military. It is conferred upon those who have distinguished themselves in actual combat at risk of life beyond the call of duty. Since its creation, during the Civil War, more than 3,400 men and one woman have received the Medal of Honor for heroic actions in U.S. military conflict.

This site uses Akismet to reduce spam. Learn how your comment data is processed.