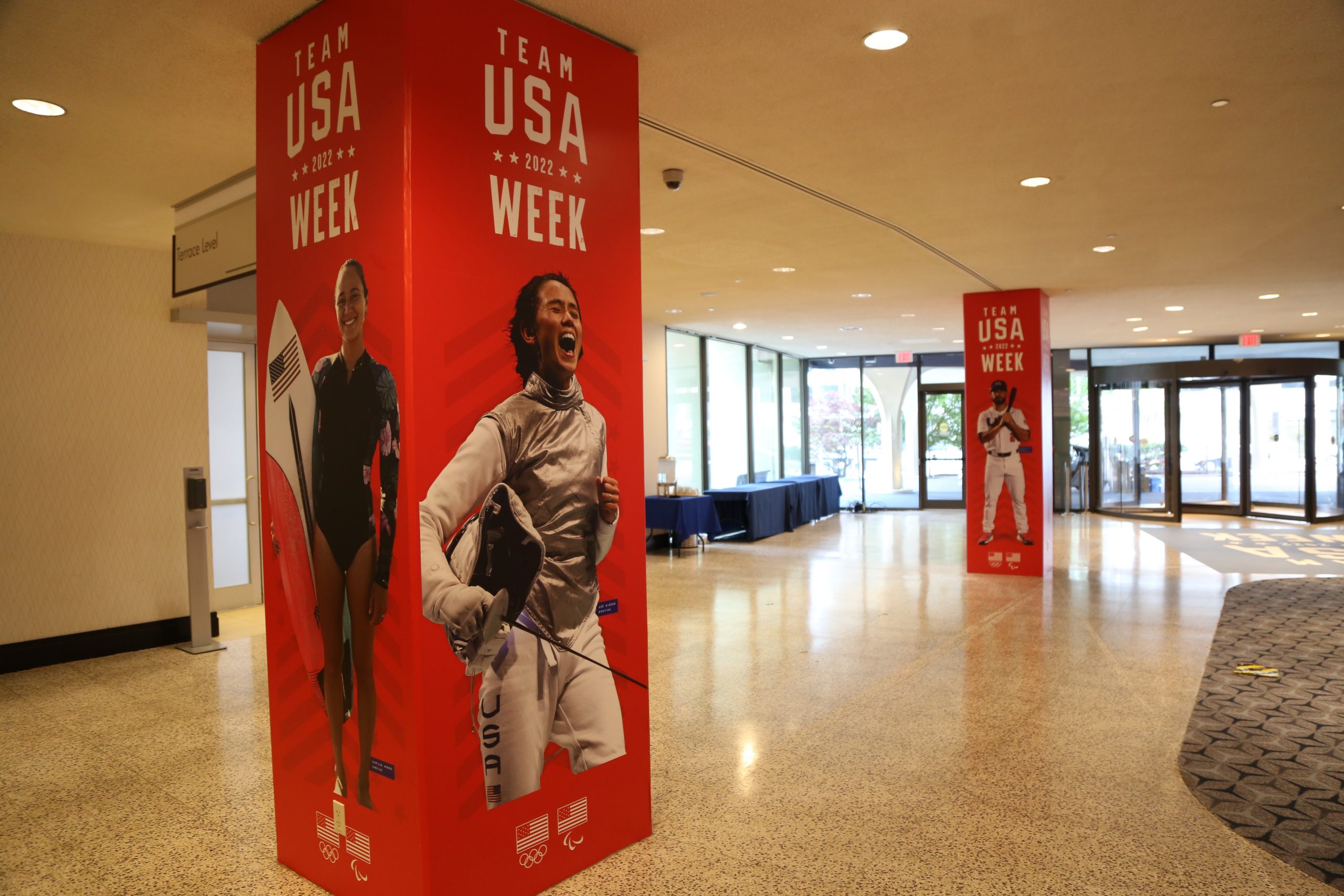 Team USA hosted a celebration of Olympic and Paralympic sports at the Washington Hilton and reached out to the team at Heritage Printing, Signs & Displays to brand the hotel with vinyl wall wraps celebrating athletes in both Olympic and Paralympic sports. Team USA chose to collaborate with Heritage given our experience executing the production and installation of signs and graphics for events in Washington, DC.

The United States Olympic & Paralympic Committee (USOPC), also known as Team USA, is a non-profit organization dedicated to promoting and protecting the rights, safety, and wellness of athletes in Olympic and Paralympic sports. The USOPC oversees the bids for U.S. cities to host the Olympic/Paralympic Games, Youth Olympic Games, and Pan/Parapan American Games. 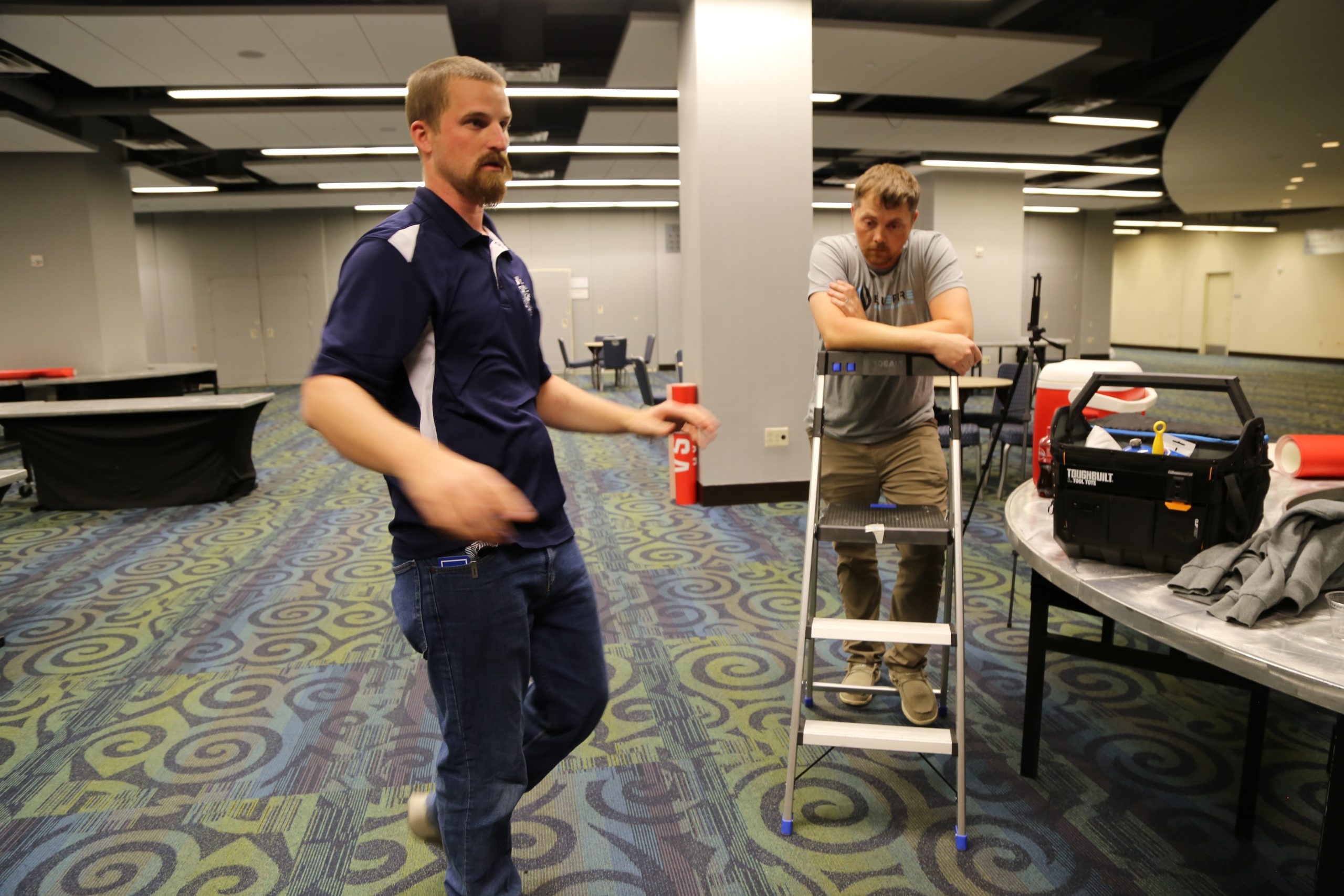 The goal of Team USA’s event was to highlight athletes who participate in a variety of Olympic and Paralympic sports. The event was to be attended by the featured athletes as well as the Washington, DC press covering the celebration. The Washington Hilton needed to be branded according to the featured athletes and their associated sports. Team USA collaborated closely with the Heritage team to implement the event branding that contributed to a memorable night for the athletes being celebrated and the media in attendance.

Communication between Heritage and Team USA was critical to executing the vision for the event. A site survey was conducted to ensure that the materials required would be suitable for a large-scale event in such a significant venue. Some of the signage materials for the gala included retractable banners, backdrops, meter boards, lenticular wall displays, floor graphics, wall graphics, and column wraps in the hotel lobby, ballrooms, conference areas, and hallways.

The weekend celebration took place from May 1 to May 4 and involved three phases, Gala, Summit, and Give Back. The Heritage team arrived late Saturday night following the dismissal of the White House Correspondents Dinner at the venue. The team proceeded to install the backdrops, wall, and column wraps throughout the floors and surfaces of the hotel’s interior. In addition, the Team USA logo, a lenticular wall display highlighting the U.S. Olympic team in Tokyo and the U.S. Paralympic team in Beijing, and additional branding adorned the walls and provided ideal opportunities for group photos in select spots. 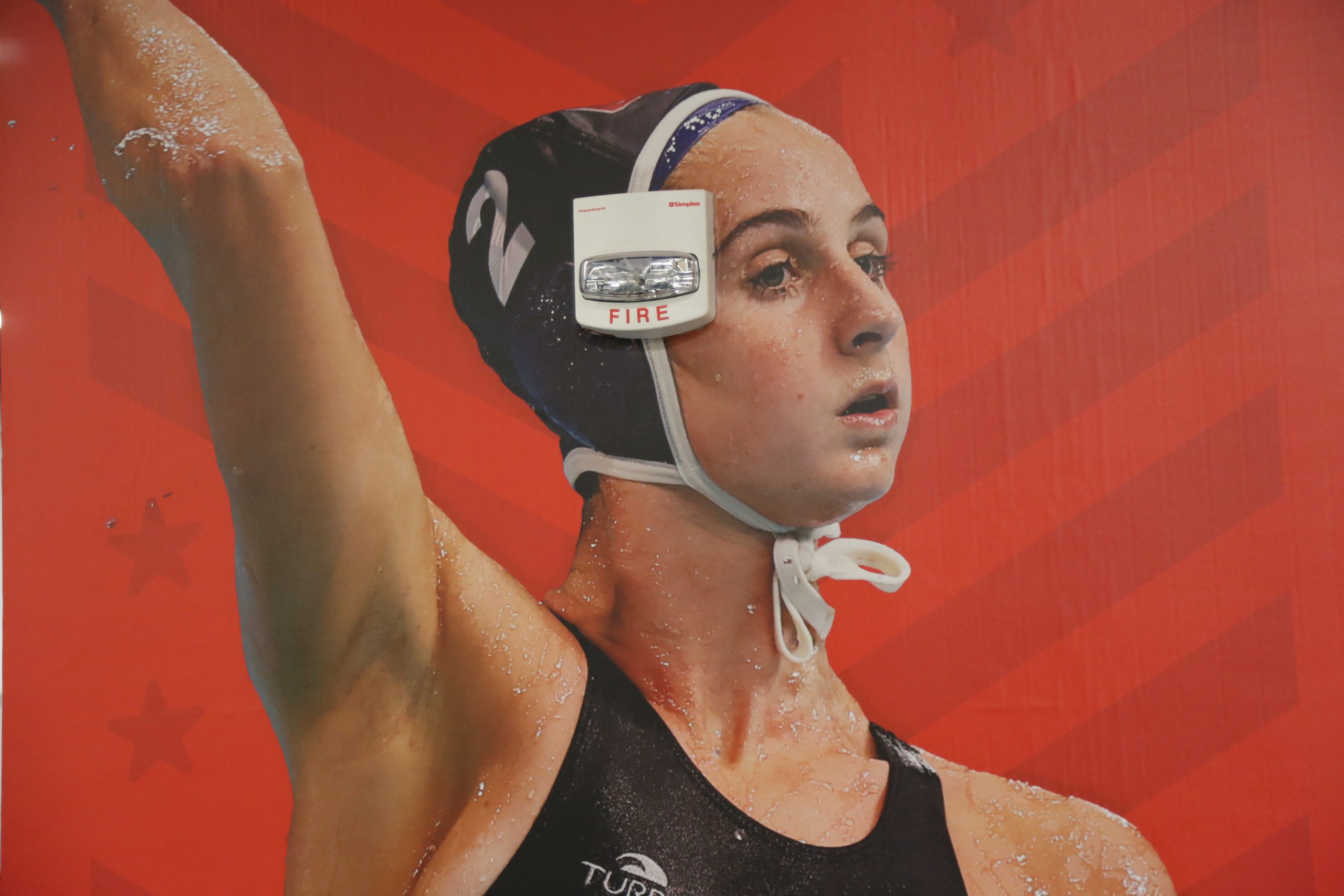 The space was large enough to represent athletes and para-athletes across sports as diverse as swimming, fencing, surfing, baseball, volleyball, track, golf, skiing, and numerous others. The scope of the work was significant given the size of this prominent conference facility at the Washington Hilton. In addition, the Heritage team installed wall wraps for the Toyota-sponsored Athlete Lounge giving athletes private space from the main activities of the events. 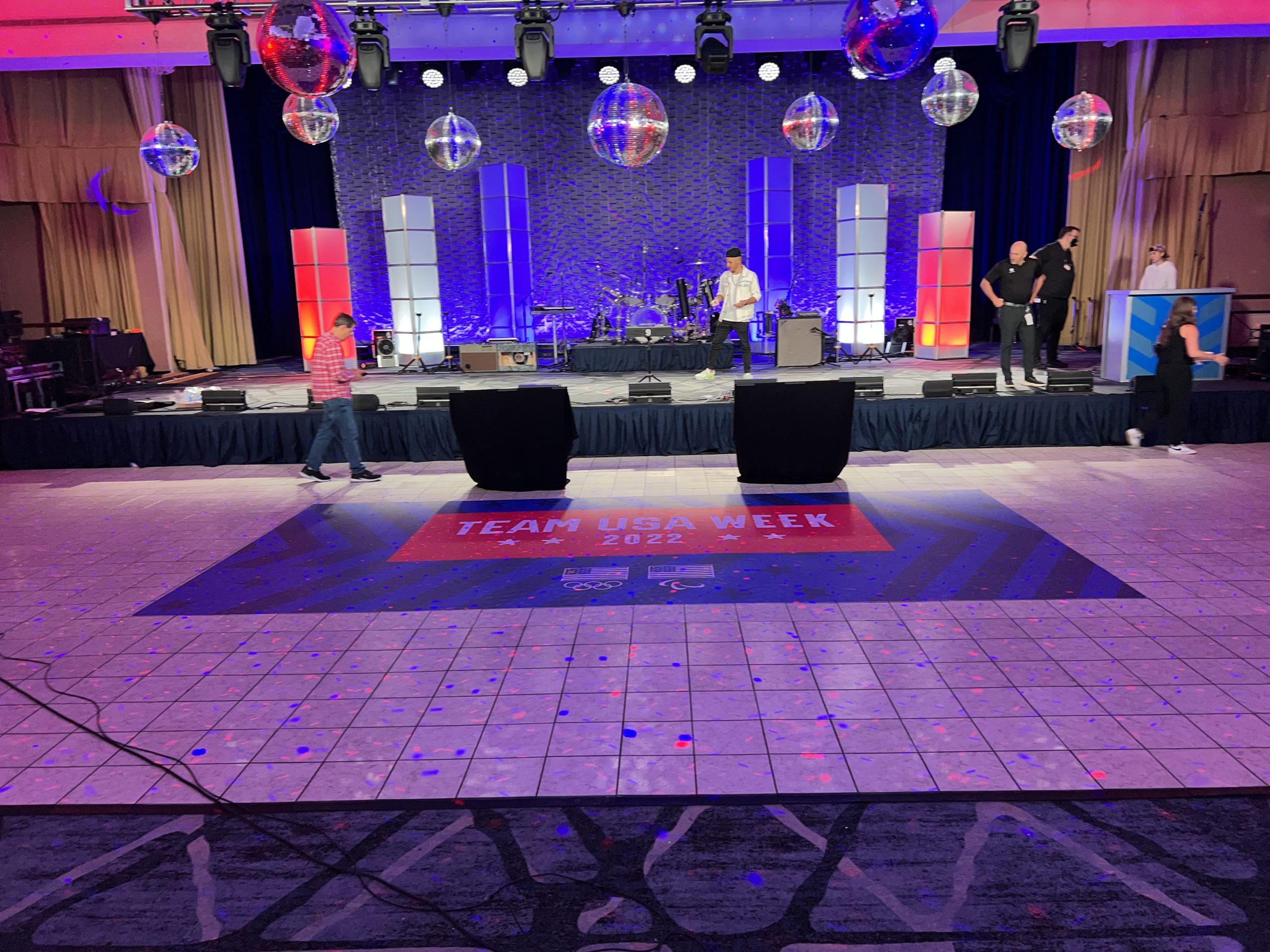 The Heritage install team worked throughout the night to complete the event branding of the Washington Hilton in time for Team USA to begin welcoming athletes on Sunday morning and festivities Monday through Thursday. Representatives from Team USA were thrilled with the results of Heritage’s efforts. Effective collaboration between the three organizations allowed the hotel’s interior to be transformed to recognize athletes who participate in a variety of Olympic and Paralympic sports. 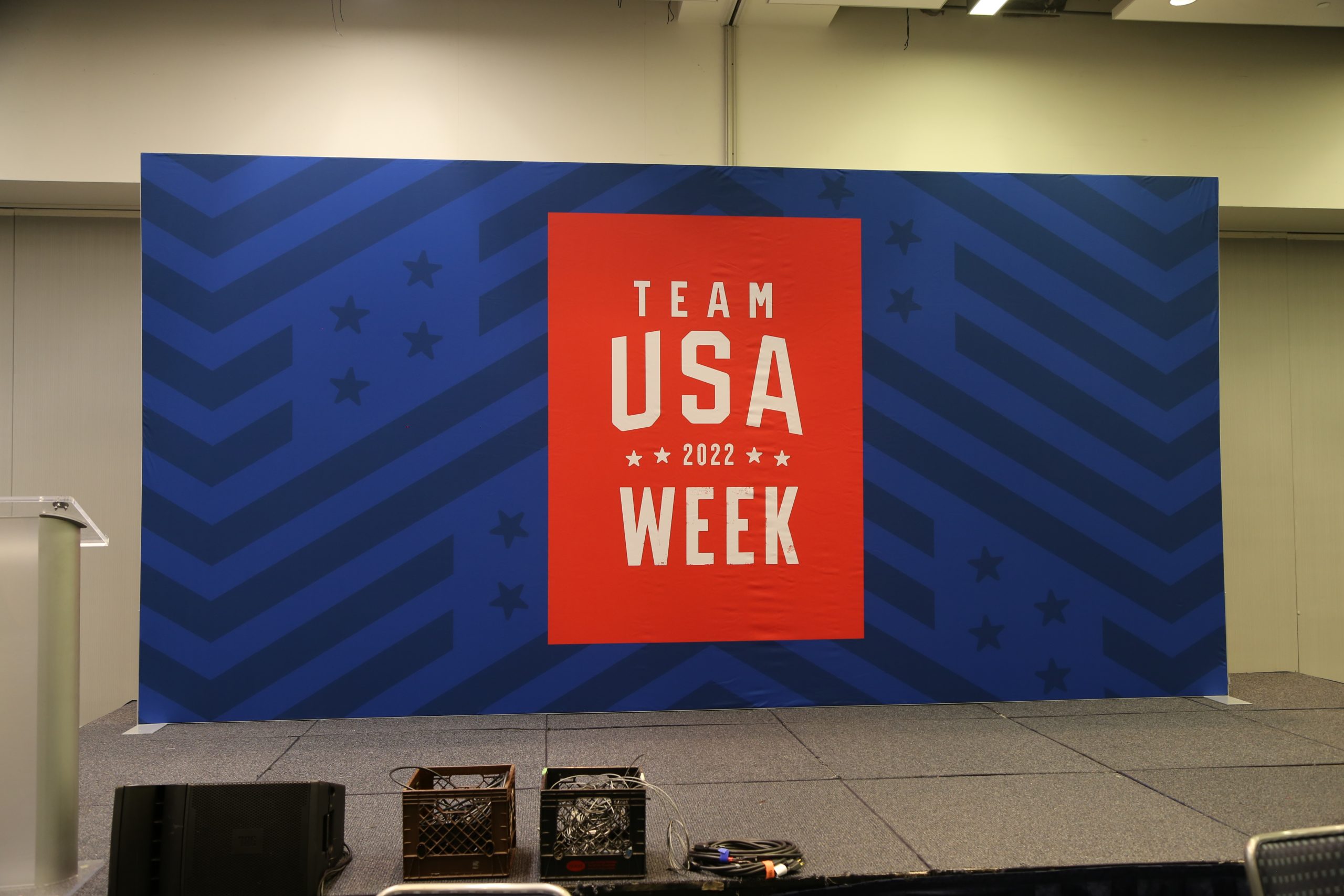 Heritage Printing, Signs & Displays is a local, veteran-owned sign company serving Washington, DC, Baltimore, MD, Charlotte, NC, Louisville, KY, and other areas. Heritage is known for quality project management and customer service in support of clients’ commercial interior graphics, event signage, retail point of purchase displays, commercial printing, and direct mail. To inquire about a project for your business, call Heritage Printing, Signs & Displays at (202) 609-9761 or use the convenient online form to Get a Quote today!