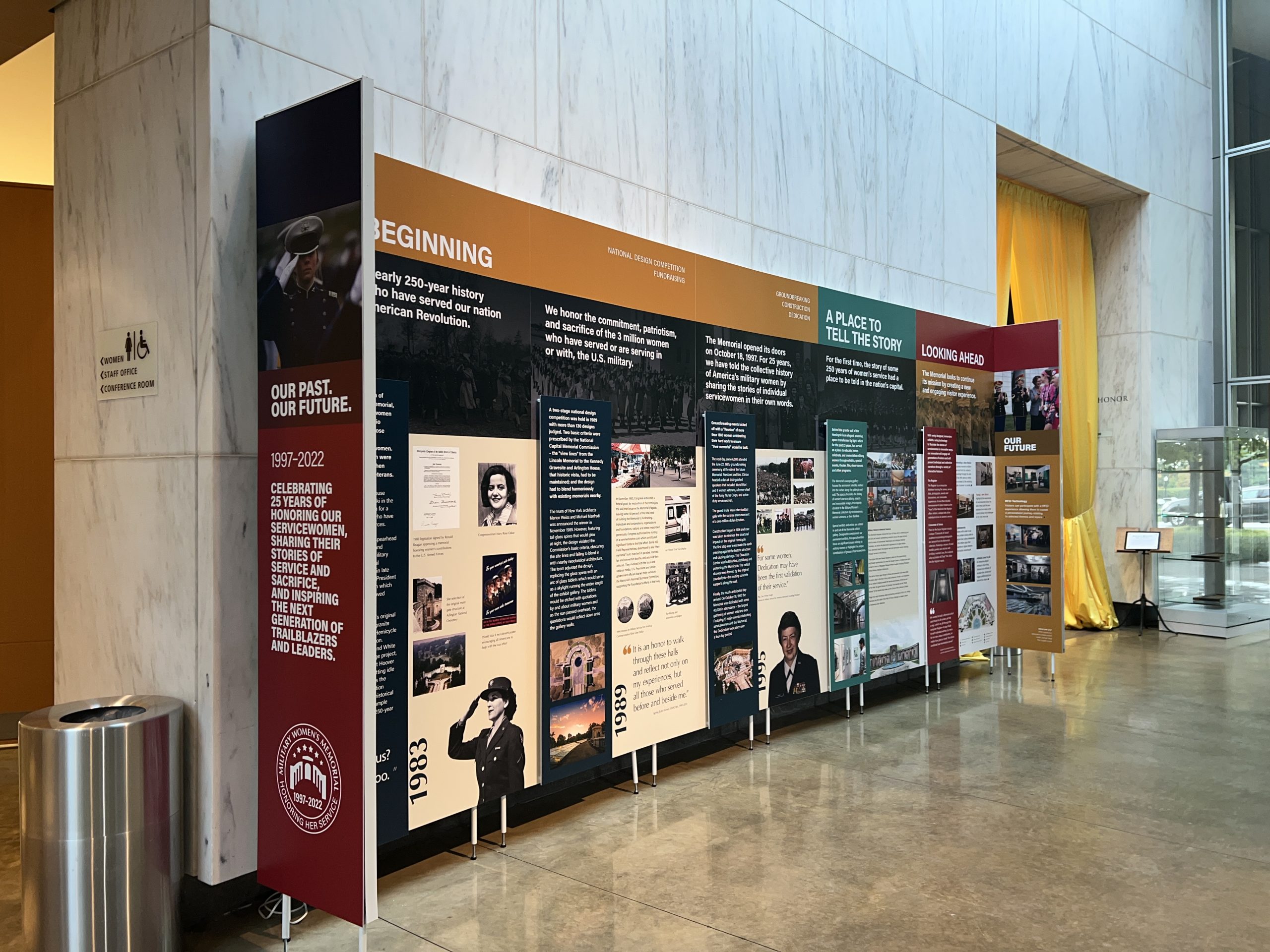 Heritage Printing, Signs & Displays recently added brand new custom signs to the interior of the Military Women’s Memorial in Arlington, VA. The interior wallscapes were produced and installed to reflect the legacy of the memorial and the donors through the years who have made it possible.

Since 1997, the Military Women’s Memorial has honored the brave women who have served in the United States Military. Over three million women have served in the U.S. Armed Forces, and the Military Women’s Memorial proudly highlights these centuries of service by generations of brave American women. The Women in Military Service for America Memorial is located on the western end of Memorial Avenue at the entrance of Arlington National Cemetery in Arlington County, Virginia.

Heritage Printing, Signs & Displays was contacted to create and install new signage for the memorial. As a veteran-owned company and a company local to the Washington, DC area, we have been honored to devote our skills and talents to this organization’s mission of highlighting and remembering the service of women in the military. 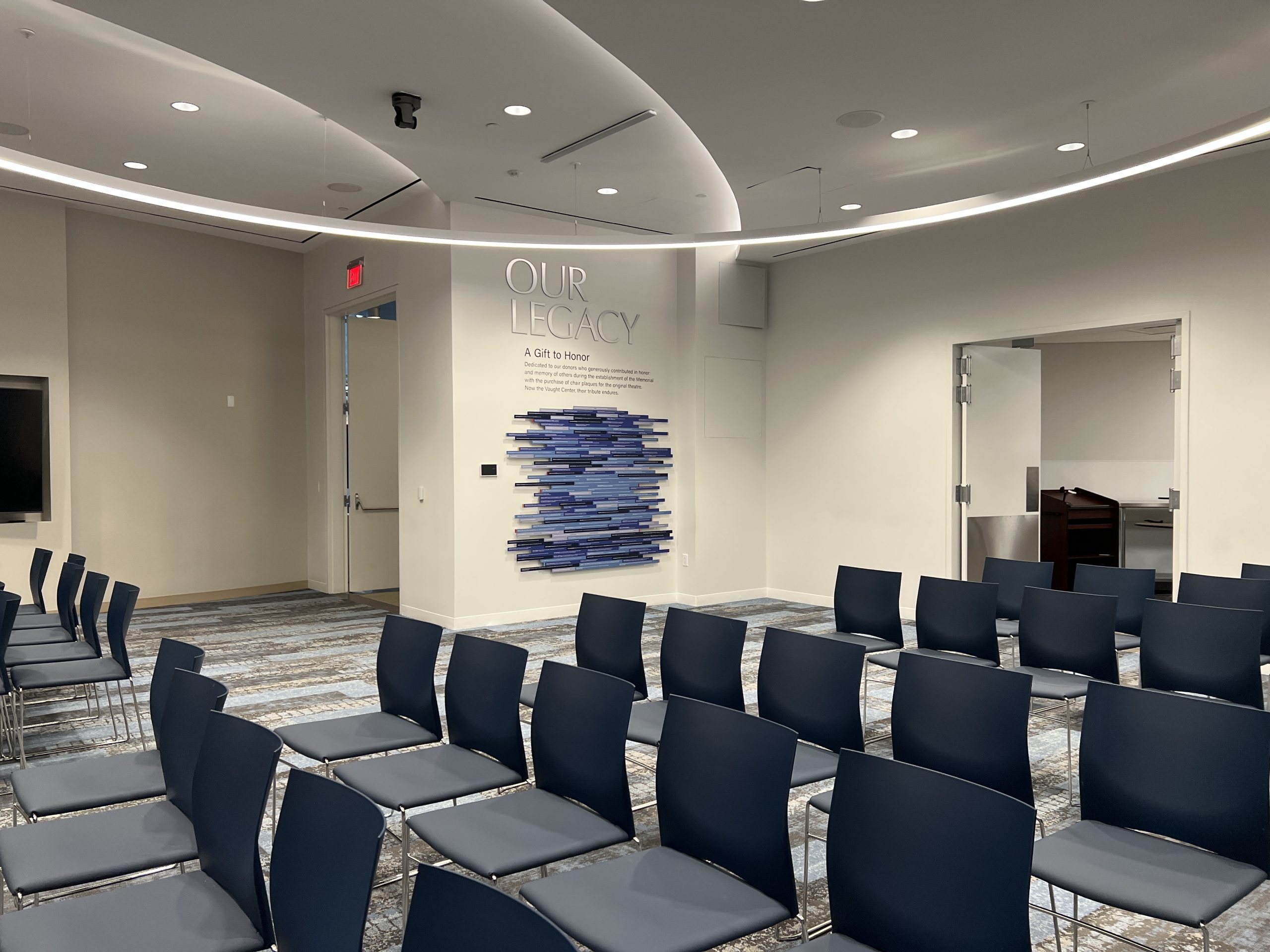 The new signage at the Military Women’s Memorial involved several elements in different parts of the interior space. One of the most outstanding features of the updated memorial interior was the Our Legacy wall display, which honors the donors who contributed to the establishment of the memorial itself as well as the original theater, now known as the Vaught Center. 12” tall dimensional letters proudly displaying the words Our Legacy were installed above the custom cut color block panels. Each panel displayed a donor’s name, which was latex printed on adhesive vinyl, cut to shape, and installed.

Additional signage elements included wall wraps, which were latex printed and rectangularly cut. The wall wraps featured quotes from former servicewomen who were also members of the Military Women’s Memorial.

Two types of custom displays were created to serve as wall panels highlighting the history of women in the U.S. military, with standoff mounted signs added to each panel to add a three-dimensional effect. Each panel was UV printed, cut to shape, and installed flush to wall. Additional wall panels featuring the Changing face of Courage series of watercolor paintings by artist Dave Rappaport were created from 3mm white PVC and were installed in the main lobby area of the memorial.

The results of the new signage were transformative and impactful because they highlighted the legacy of the U.S. servicewomen honored in the Military Women’s Memorial, as well as the future of women in the U.S. Armed Forces. The representatives from the Military Women’s Memorial were very pleased with the results and are eager to continue their active relationship with our talented team of sign makers and installation professionals.

To inquire about a project for your business, call Heritage Printing, Signs & Displays at (202) 609-9761 or use the convenient online form to Get a Quote today!